Royal Thimphu College welcomed the first ever group of students led by Professor Kaarina Beam from Linfield College, Oregon, USA. The 12 students and 1 professor spent 24 days in Bhutan to engage in academic activities for their class on “Moral and Civic Literacy and the Cultivation of Sustainable Happiness.”

Residing on-campus at the Executive Centre guesthouse, they had the opportunity to talk with the President of the RTC about Bhutan’s educational system and of Green Schools. They also interacted with RTC students and attended lectures and discussions by local community leaders such as “Health System in Bhutan” by Dr. Gado Tshering, “The Economy of Bhutan” by the Deputy Governor of RMA Ms. Yangchen Tshogyal, and “Advent of Modernization in Bhutan” by Dasho Peljor J. Dorji, among others.

Additionally the group spent two nights in Phobjikha Valley with local farmers / host families, giving them the chance to interact with typical village life. The valley was hosting the Black-Necked Cranes, allowing the group the opportunity to see and learn more about the endangered birds. The programme was initiated by Professor Kaarina Beam of Linfield College through the partnership that was established in 2016. 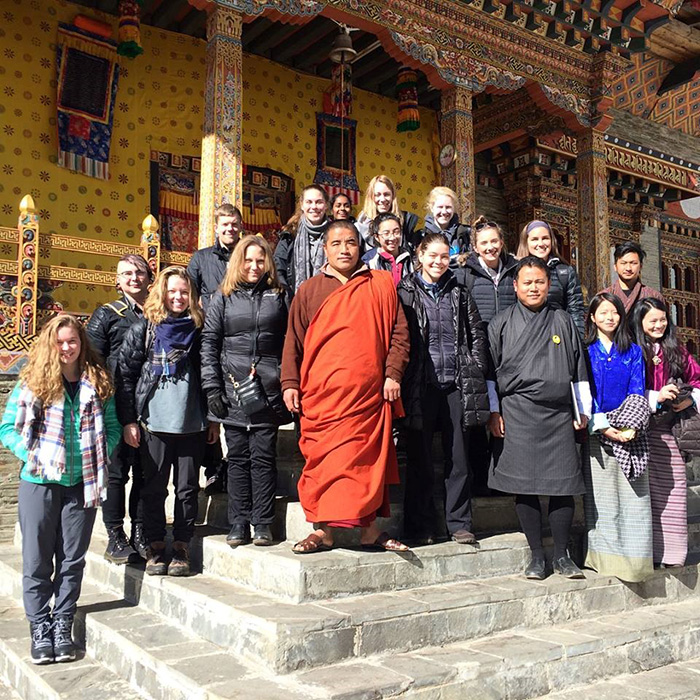