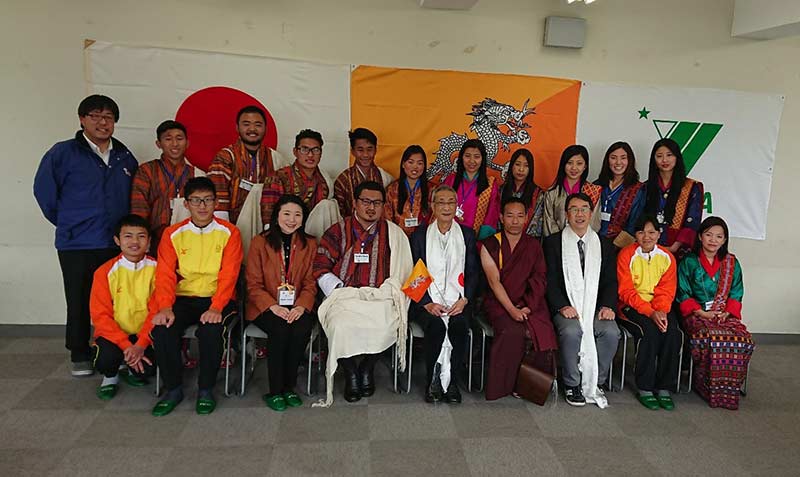 As a part of the academic partnership between the Royal Thimphu College and SEISA University, Japan, 10 RTC students accompanied by 3 staff members were in Japan on a 10-day cultural exchange programme from January 26 to February 8, 2018.

The exchange programme was established to provide RTC students with opportunities to attend sessions ranging from Japanese traditions to some of the latest technological developments. The students experienced a wide variety of enriching activities such as learning about the Japanese culture, history, customs, traditions, education system, food, social issues, sports and language.

As part of learning about the technological development and advancement in Japan, the students had the opportunity to visit places like the Furukawa Mega Solar Power Plant, where they learnt of how the solar power plant came to be an alternative source of energy especially after the destruction of major nuclear power plants. The group visited an incineration plant, as well and came to know of waste segregation and management with highly advanced and developed technologies and machineries employed.

The students visited the National Astronomical Observatory of Japan and enjoyed learning about the stars, planetary and celestial bodies in a planetarium at a very realistic level. They got to observe the stars and other space bodies through a telescope as well, which was a rich experience. Moreover the curators’ deliberated on the overlapping concepts from scientific astronomy and the Buddhist philosophies about the universe. 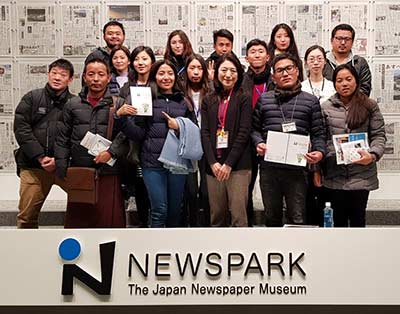 A visit to a beautiful Japanese temple allowed the RTC group to be enlightened on some of the Buddhist practices present in Japan. The students had an interactive session on the history of the temple and the basic differences between the type of Buddhism followed in Bhutan and the one followed in Japan. Not only the temple but a visit to the magnificent Odawara Castle allowed the students to learn about the historical side of Japan. All the sights of the historical artifacts, the samurai armors, and swords and the castle itself left the students in awe and wonder of their beauty and magnificence. A tour around the Yokohama city had the RTC group to gain an experience in a city of Japan with its clean parks and streets decorated with beautiful gardens and trees.

The RTC-SEISA MoU was signed in 2010, and since then, RTC students have had the opportunity to visit and learn about Japan every year. RTC hopes that the exposure gained will help the students to gain a better understanding of Japan and build a strong institutional partnership between the two institutions. The exchange programme also serves as a platform for Bhutanese students to interact with international students and experience student life in a foreign country. So far, 67 RTC students have visited Japan and 50 SEISA students have come to RTC.

RTC will also be hosting 12 students, 1 faculty and 1 staff members of SEISA this March, 2018, as a part of the exchange programme.